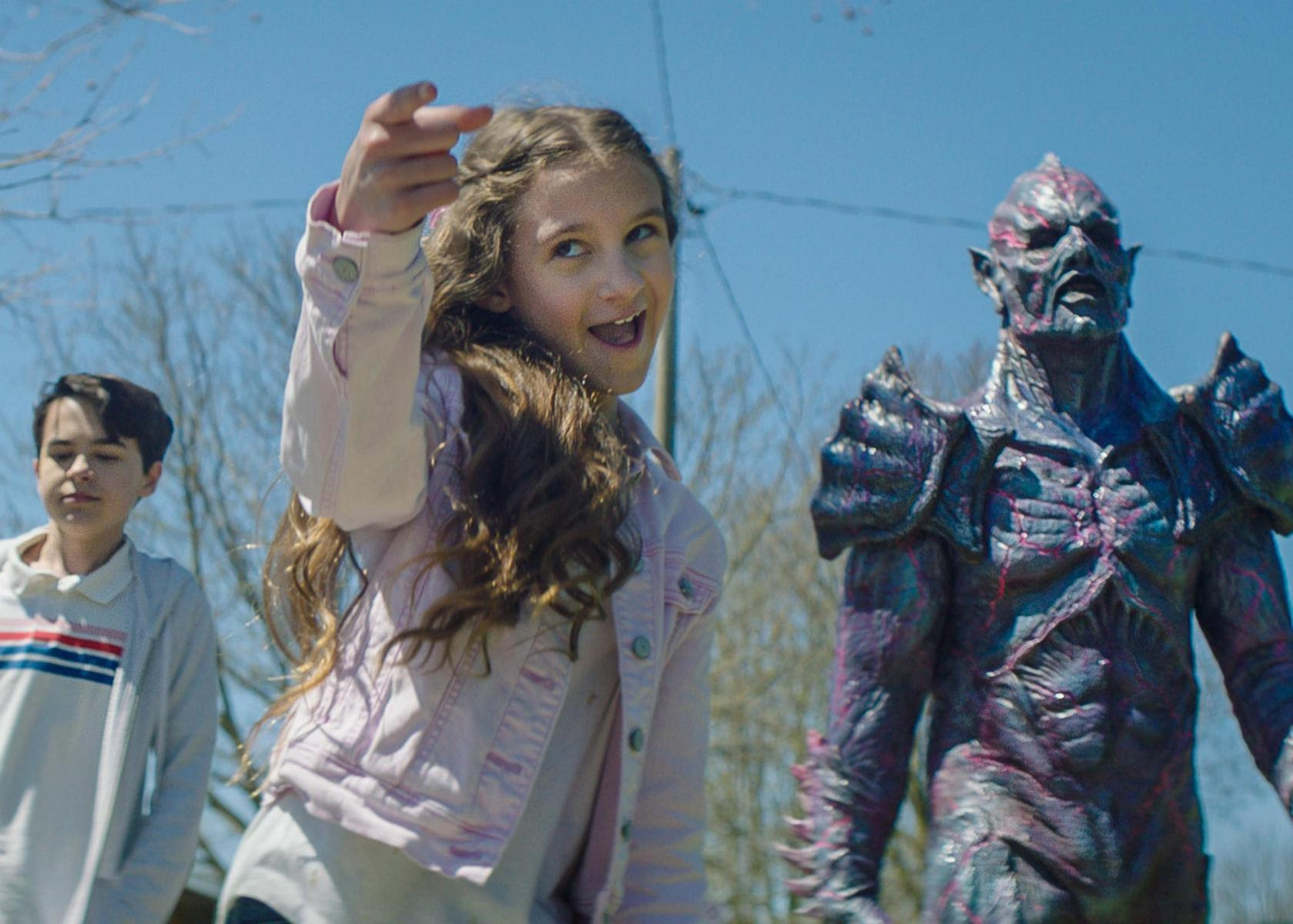 In Steven Kostanski's PG: Psycho Goreman (Canada, 2020), the titular alien monster is unearthed after millions of years by siblings Mimi and Luke who gain control over the alien with the help of a magical gem. Meanwhile, the rest of the Universe hears of the news and a war between galaxies breaks loose.

"A gonzo absurdist intergalactic sci-fi horror comedy that flaunts the gory ingenuity of its no-budget analog effects, along with a lot of so-broad-it’s-camp acting," writes Owen Gleiberman for Variety.

HÕFF's festival director Helmut Jänes finds Psycho Goreman to be a perfect opening film for audiences who appreciate fantasy tales of good and evil, and the appeal of stubborn independent B-movies. "It's a wild piece of cinema whose author's heart palpably belongs to the 1980s, much like our festival."

A clear audience favourite, Psycho Goreman is Steven Kostanski's fifth feature film, with his films Manborg and The Void having screened at HÕFF and Black Nights Film Festival respectively.

The best traditions of Korean action films are represented at the festival with Hong Won-chan's Deliver Us from Evil in which a hitman traces his kidnapped daughter while chased by a vengeful gangster. Well received by critics, the striking Deliver Us is also one of the most popular South Korean movies of 2020 with 4,3 million viewers.

"Korean action in its best form," as described by Jänes.

The biggest genre film festival in the Baltics will take place from April 30 to May 2nd, with some of its programme available online in Estonia. Ticket sales begin on April 9.