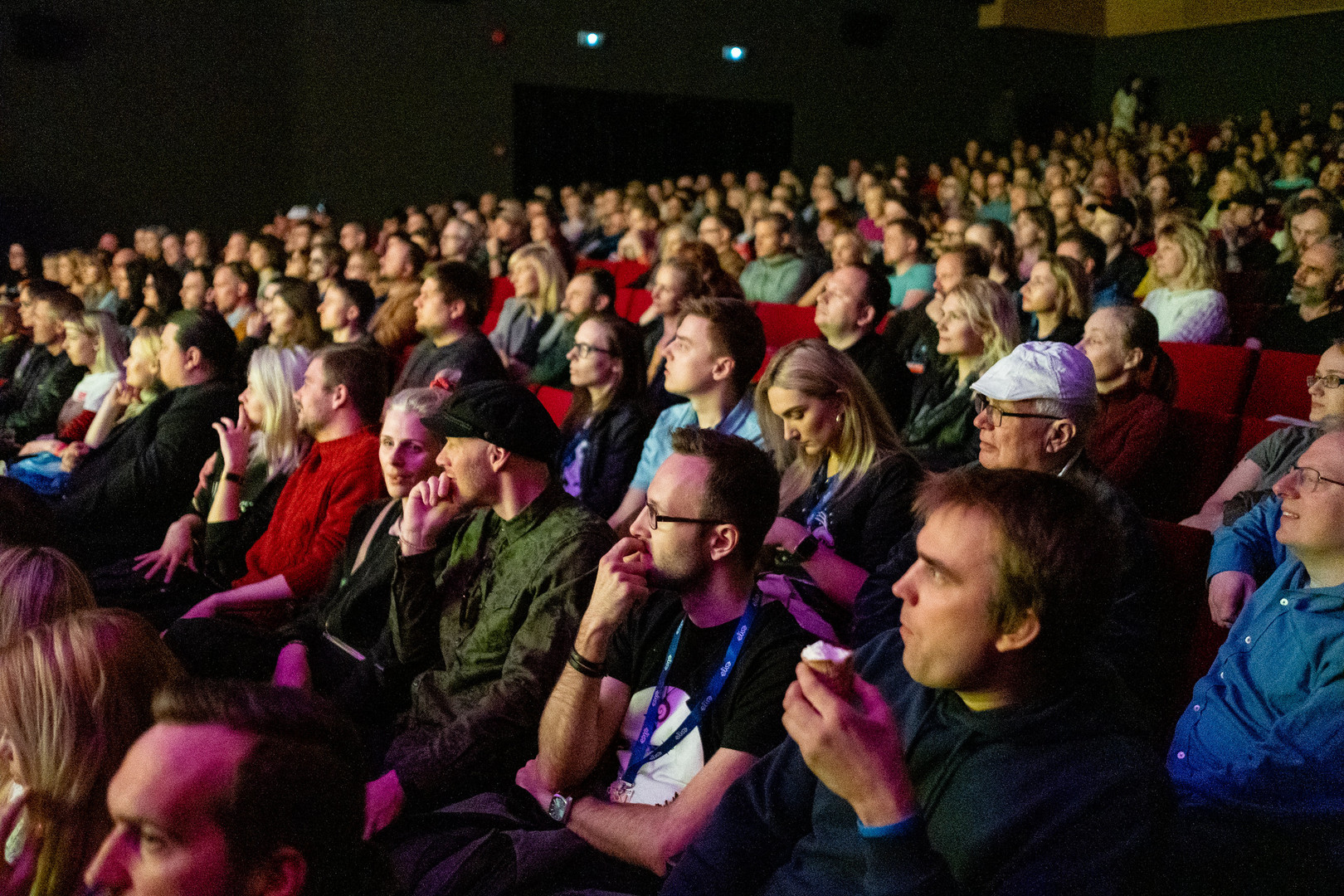 The Haapsalu Horror & Fantasy Film Festival (HÕFF) is an independent festival focusing of screening best films from the darker side of cinema from fantasy to horror, forgotten classics, filmmaker and country retrospectives, extreme films and celebrated guests in the unique setting of Estonia, a small country in northern Europe between Sweden, Finland and Russia. The festival takes place in late April, usually coinciding with the full moon.

The festival's mission is to present to the audiences of Estonia and the neighboring countries horror, fantasy, sci-fi and cult films from the world’s cinematic heritage with a geographically diverse and contemporary programme.

HÕFF has developed into a small, but internationally highly appreciated festival in the the Nordic area. The festival is organized by the Black Nights Film Festival in Tallinn, one of the largest art house festivals in the region together with Haapsalu Culture Center and the City of Haapsalu. Part of the festival’s unique atmosphere is derived from its location – an ex-Soviet culture center with three cinema halls renovated in 2010 to its full crystal glory.

The festival programme is divided into three sections. The main programme features new fantasy and horror films, not older than two years with a focus on a theme or a genre. The second part of HÕFF is targeted for audiences with strongest wits and guts – introducing the most extreme and obscure films ever made, such as Guinea Pig and* Serbian Film* or cult classics like Salo: 120 days of Sodom and Cannibal Holocaust. Finally, the festival's retro film section includes films from the 1980s, screening both hits such as Mad Max, Escape from New York and Terminator, as well as the crazier and lesser known cult films from all over the world.

Additionally HÕFF is increasingly featuring premieres, such as the international premiere of British gothic horror Splintered, later on European premieres for hits like Beyond the Black Rainbow, Aggression Scale, Henge or VHS and world premiere of Spanish horror Omnivores. In 2016 the festival had the European premieres of Babak Anvari's BAFTA-winning Under the Shadow and Simon Rumley's thriller Johnny Frank Garrett's Last Word.

In 2012, HÕFF became a part of the Mélies International Festivals Federation (MIFF) and is proud to be the only member in the Baltics. With some 20 festivals represented, on the European continent as well as in Asia and North-America, and a joint audience of approximately 600 000 spectators, the MIFF has become one of the most powerful tools to promote the originality and creativity of the European fantasy film industry.