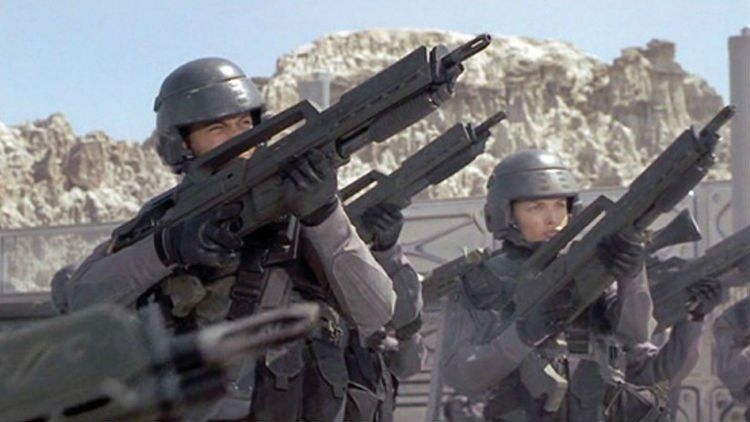 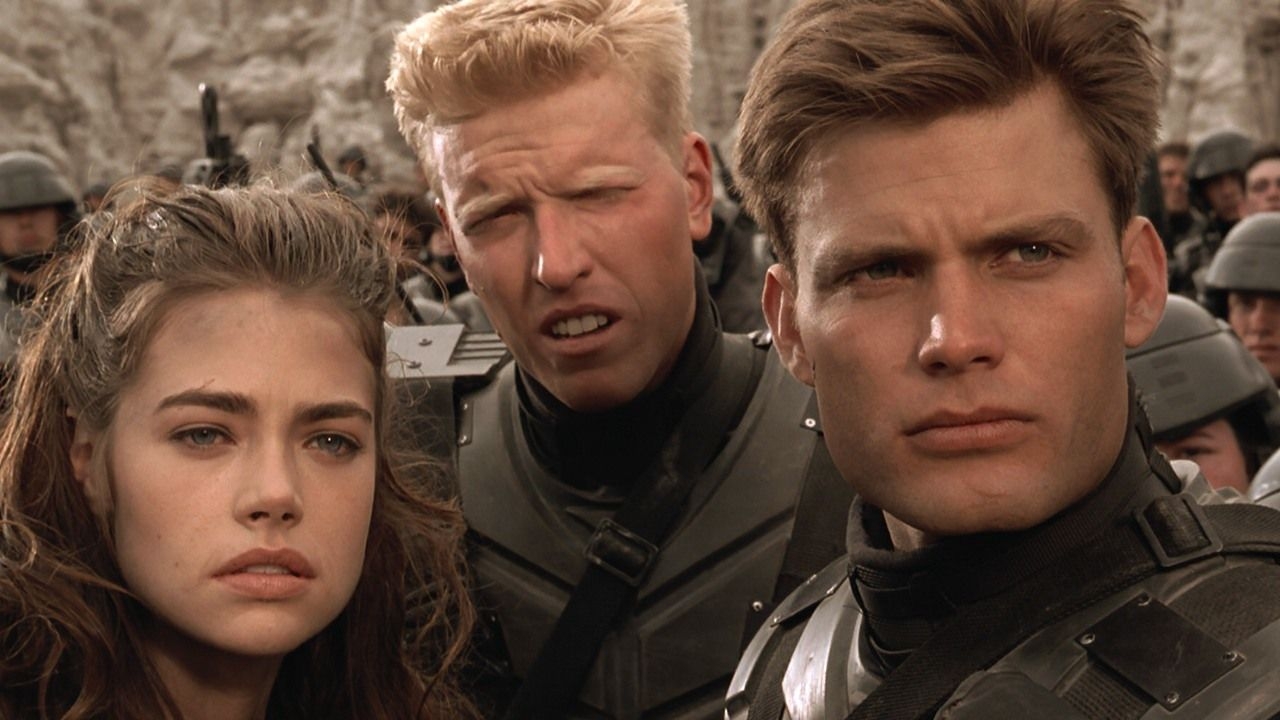 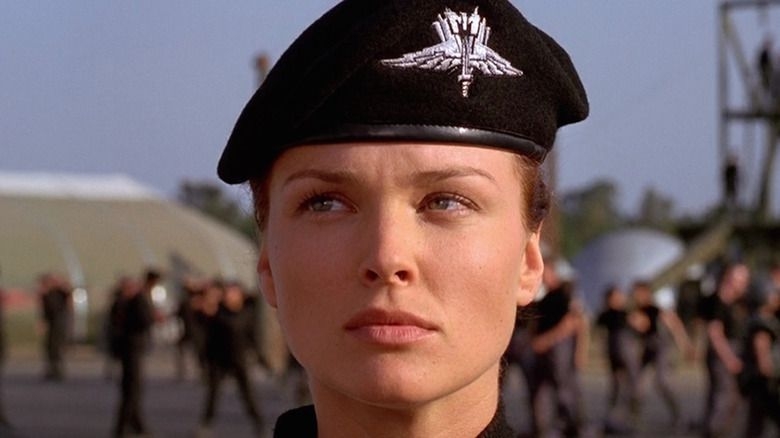 The story follows a young soldier named Johnny Rico and his exploits in the Mobile Infantry, a futuristic military unit. Rico's military career progresses from recruit to NCO and finally to officer against the backdrop of an interstellar war between mankind and an insectoid species known as "Arachnids".

Starship Troopers was nominated for the Academy Award for Best Visual Effects at the 70th Academy Awards in 1998. Director Verhoeven says his satirical use of irony and hyperbole is "playing with fascism or fascist imagery to point out certain aspects of American society... of course, the movie is about 'Let's all go to war and let's all die.'" In 2012, Slant Magazine ranked the film #20 on its list of the 100 Best Films of the 1990s. 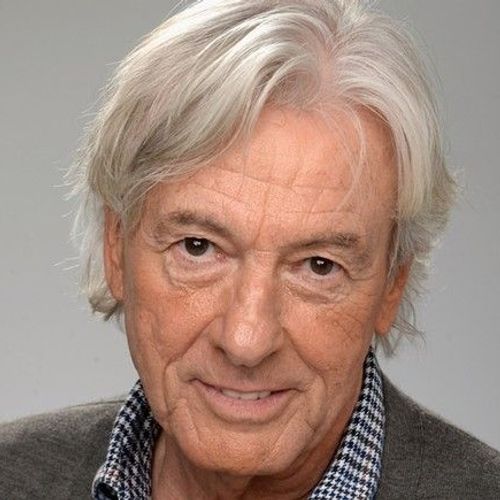