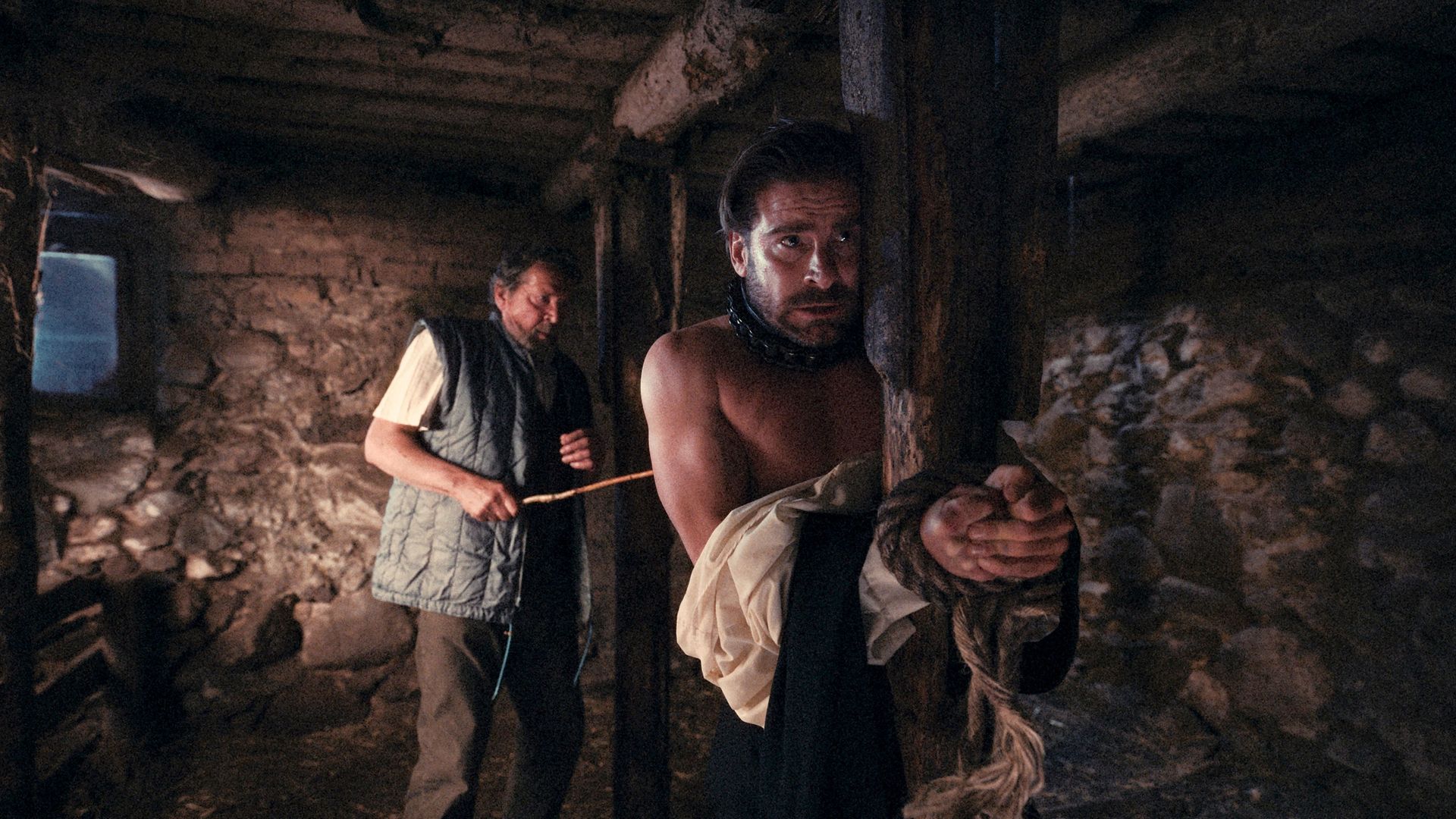 Welcome to Latvia, where only pigs understand you.

This is how to provocatively sum up “Samuel's Travels” (Sema ceļojumi) to be screened at the Haapsalu Horror and Fantasy Film Festival. The film will be presented by its author, Latvian director Aik Karapetian.

In his new black comedy, Western European Samuel (Kevin Janssens, “Patrick”) is looking for his biological father in a remote Latvian village when he runs over a piglet. This brings him together with the animal owner's daughter, who convinces him to stay the night on the farm. When he wakes up in the morning, Samuel finds himself chained up next to the pigs, becoming a slave.

"A never-seen-before Latvian film with such a strange sense of humor," says Helmut Jänes, the head of HÕFF.

"Samuel's Travels" has not yet screened in Latvia.

Karapetian, 38, from Armenia, is the most consistent cultivator and revivalist of genre films in Latvia. His previous films "People Out There", "The Man in the Orange Jacket" and "Firstborn" have been screened at many international festivals and have also been screened at Black Nights Film Festival (PÖFF).

"The Man in the Orange Jacket" is also considered to be the first horror film from Latvia.

In Haapsalu, Karapetian will also take part in the jury for the Méliès d'Argent Prize, which will select a short film to enter the final round of the European Best Fantasy Film Competition, named after the French film illusionist Georges Méliès.